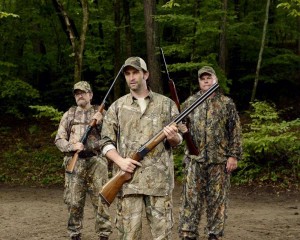 Are there more people coming back from the beyond on episode 3 titled “Two Rivers”? One of the new characters we now know is Gary Humphrey, played by Kevin Sizemore. Kevin was in last Summer's hit “Under the Dome” as well as movies “Redline” and “A Christmas Tree Miracle“. What will Kevin and his band of merry men be up to? Who's side of the mystery will they be on?

Kevin was interviewed on Sunny 104.5 FM in Wilmington North Carolina, which is very close to the home of “The Returned” author Jason Mott. Sheila Brothers was kind enough to share that discussion with us as Kevin gives insight as to what his character may be up to this season.