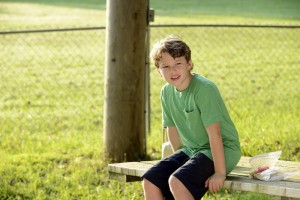 RESURRECTION – “Unearth” – The Langstons, especially Sheriff Fred, are forced to confront secrets from their past they'd rather leave buried when Bellamy pushes to have Jacob's tomb exhumed. Maggie agrees to help Bellamy in his investigation, and Pastor Tom reaches out to Jacob, his childhood friend. The Richards family adjusts to Caleb's return, the second for Arcadia. But unlike Jacob, Caleb claims he has no memory of his death, on “Resurrection,” SUNDAY, MARCH 16 (9:00-10:01 p.m. ET) on the ABC Television Network. – (ABC/Guy D'Alema)
LANDON GIMENEZ